This will be the 10th year that NASRPC have been fielding Irish teams in the IGRF International Series, starting with GRCF1500 way back in 2009 and with GRSB1500 the following year 2010.

With the IGRF World Cup coming up in South Africa this October – Perhaps this will be your year to be capped for Ireland?

If interested in learning how to make the teams – or how to take part in these events as an individual – please read on.

Having won every accolade there is to win – going into the World Cup as defending World Cup holders in both GRSB and GRCF, aswell as defending Individual World Champions (GRSB : Ray Holohan / IPAPC and GRCF : Jeff Kehoe / IPAPC) – Ireland is doing very well in these sports at the moment.

Of course they have not always won, it is sport after all.

Ireland has won those and many more accolades, through the efforts of all those individuals who have made up the teams – which have represented Ireland a total of 48 times on IGRF duty.

A total of 30 people have, so far, been capped for Ireland in Gallery Rifle in those 10 years, here is the roll of honour

Perhaps you are next.

The National Teams are the top five competitors in each of the GRSB1500 and GRCF1500 leaderboards, who qualify for team selection, chosen 14 days prior to the event, or following the last selection heat, if earlier.

You can tell if they qualify by the IRL in green in the 6th column.  To qualify you must have three scores in Open NASRPC events in the preceding 12 months and one score from the last three Open NASRPC events.

A persons place on the board is determined by their ranking score – which is an aggregate of their three best scores in the preceding 12 months.

At all of the events which host the legs of the IGRF International Series – there are also loads of Individual events.

Next up this year is the UK leg of the series held during the Phoenix Meeting in Bisley in May.
If planning to attend the Phoenix match- you must have your British visitor permits organised – Contact vicechair@nasrpc.ie in the coming days to avail of group processing – which will be submitted in less than two weeks.  It also allows us to inform NRA of your most up to date International Classifications.

This is then followed by the Irish Leg of the series in Bracken in July, Again, if planning to attend – you need your PSNI visitor permits organised- get in contact with competitions@nasrpc.ie, without delay.

And last, but not least….

The 2019 IGRF World Cup, being hosted by the SAHGCA in Welkom, South Africa in October.

There is also generally the German Open in November, including the German leg of the series,  – but it has been postponed, this year,  due to proximity to the World Cup.

As an Individual you may enter any of these events – but we would also hope to see more and more people compete for places on the National Teams.

The available heats for Irish Team Selection, before the Phoenix, will be

So it is still all up for grabs who will be capped at that event – someone could put in three great scores at those three heats alone and make the team. Maybe it will be you.

Then there will be one more heat,

before team selection for the irish Open – and then

as the last two selection heats,  before the Irish teams for the World Cup are chosen.

So … it could be you 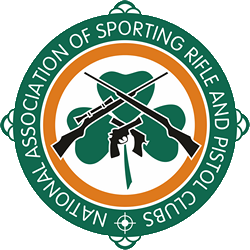